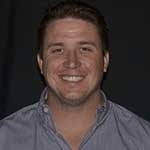 John graduated from Claremore High School in 2007. He joined the United States Air Force shortly after. After 8 years of service, he ended his Service with the Oklahoma Air National Guard in October of 2015. During that time, he reached the Rank of E-5 Staff Sergeant, received Journeyman status as an Inflight-refueler and Craftsman status as a Vehicle Operator. He received an associate’s degree from The Community College of the Air Force in 2014 in the area of Logistics Management.

John joined the RCI team in 2015. He is always singing at the top of his lungs, making everyone around him smile. He is an Active member of The American Legion Post 141 in Claremore, and is also involved in many other Veterans organizations. John is also active in the Claremore, Owasso, and Catoosa Chamber of Commerce.

When not at the office, you can find John at a local gym, spending time with friends or headed to a local sporting event.